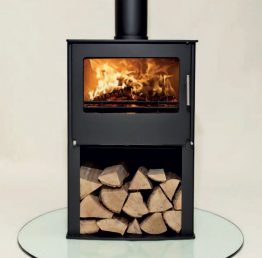 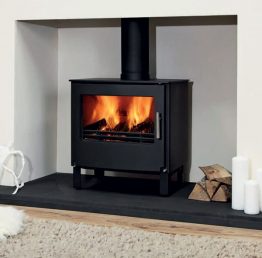 The Westfire Two stove is for me one of the most elegant yet understated traditionally shaped stoves available.

The Two is available in two styles, either as a traditional stove (see HERE) or as more contemporary slim pedestal model. Both models are designed for functionality and usability.

The Two has a sophisticated closed combustion air system, allowing the stove to operate in air tight houses as its combustion air is supplied directly from outside.

The Series Two stove has the same shape as a traditional English stove but that is where the similarities end. The Westfire Series Two may be very minimally designed but functionally it is an excellent stove, achieving an efficiency of 81% when burning Wood.

The Westfire Two stove has an airwash facility as standard to help to keep the glass free from deposits.

The Two is also one of the few stoves in its class that is multifuel, so if you occassionally burn coal, like the general shape of traditional English stoves, but would like a more modern version, then the Westfire Series Two is for you.

The Series Two is available in two styles, either as a traditional stove (HERE) or as more contemporary slim pedestal model as shown. Both models are designed for functionality and usability. (Click on the images to enlarge)

The Westfire Two has an overnight burn facility

Finished in Black only