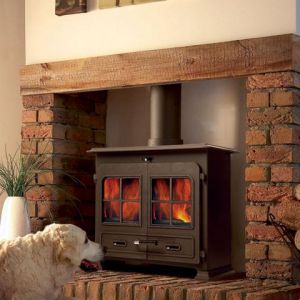 The design of Charles Portways custom stove proved to be extremely successful that a near by shopkeeper asked Charles to manufacture a stove so that he could heat his store. Shortly afterwards Mr Portway set up a small foundry that concentrated of the manufacture of solid fuel stoves. Portway Stoves become so successful that they lasted late into the 1980’s without much change.

The reason why Portway Stoves became such a large success was due to their high efficiency. The stoves would burn so slowly that they would extract the highest amount of heat from the solid fuel. These stoves were names ‘Tortoise’ stoves which then produced the infamous moto ‘Slow but Sure’ which was displayed on the front of the stove. Portway Stoves have been dubbed the founding ‘father of energy efficiency’

Many Portway Stoves were used to not only heat homes, but also churches and halls. 19th Century stoves displaying the iconic ‘Tortoise’ trademark can also still be found today, which makes it one of the oldest, most resilient products in the history of heating appliances.

The most recent Portway Stoves still boast 80% efficiency making it amongst one of the most efficient mulitfuel stoves on the stove market. This helps you burn less fuel but still get more heat than other stoves on the market.
Portway Stoves have manufactured a range of multifuel stoves which are ideal for burning a range of different, natural and manufactured fuels. For example Wood is a renewable source, and also carbon-neutral energy source since a tree will use up more carbon during its lifetime than what is produced than when it is burnt. This makes wood the most environmentally friendly energy source that is available today, furthermore, the Portway Multi Fuel Stove can also burn hard and soft wood. In addition to wood, it is also possible to burn a number of different fuel types such as peat, straw, anthractire and more!

Every Portway Stove is made from 96% easily recyclable material and all cast parts such as handles and grates are made from 70% recycled iron. Every stove carries is independently tested to CE Approval to standard EN13240 and is therefore approved to use in smoke free zones when burning authorized smokeless fuel. 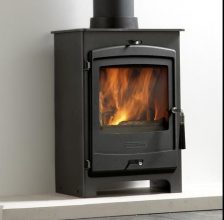 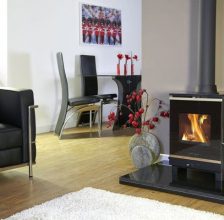